Everyone knows Foo isn’t about shredding guitar licks, it’s about rhythm and timing.  That’s easy right?   Not always.  A lot goes into what we do.  We approach each song and spend hours listening to how Foo Fighters do it on the album and live. It boils down to music, energy and image.

We only have 2 guitarists.  The running joke in Deja is that Brett is both Pat and Shifty.  Truth is, depending on the song, he may be playing Pat’s verse part, Dave’s chorus part, and Shifty’s bridge or solo.  And I’ll be doing the same.  We approach it as, how do we make this work with 2 guitars.  The answer is almost always dividing up the song and creating a version that is so similar to the live version there is almost no sonic difference. 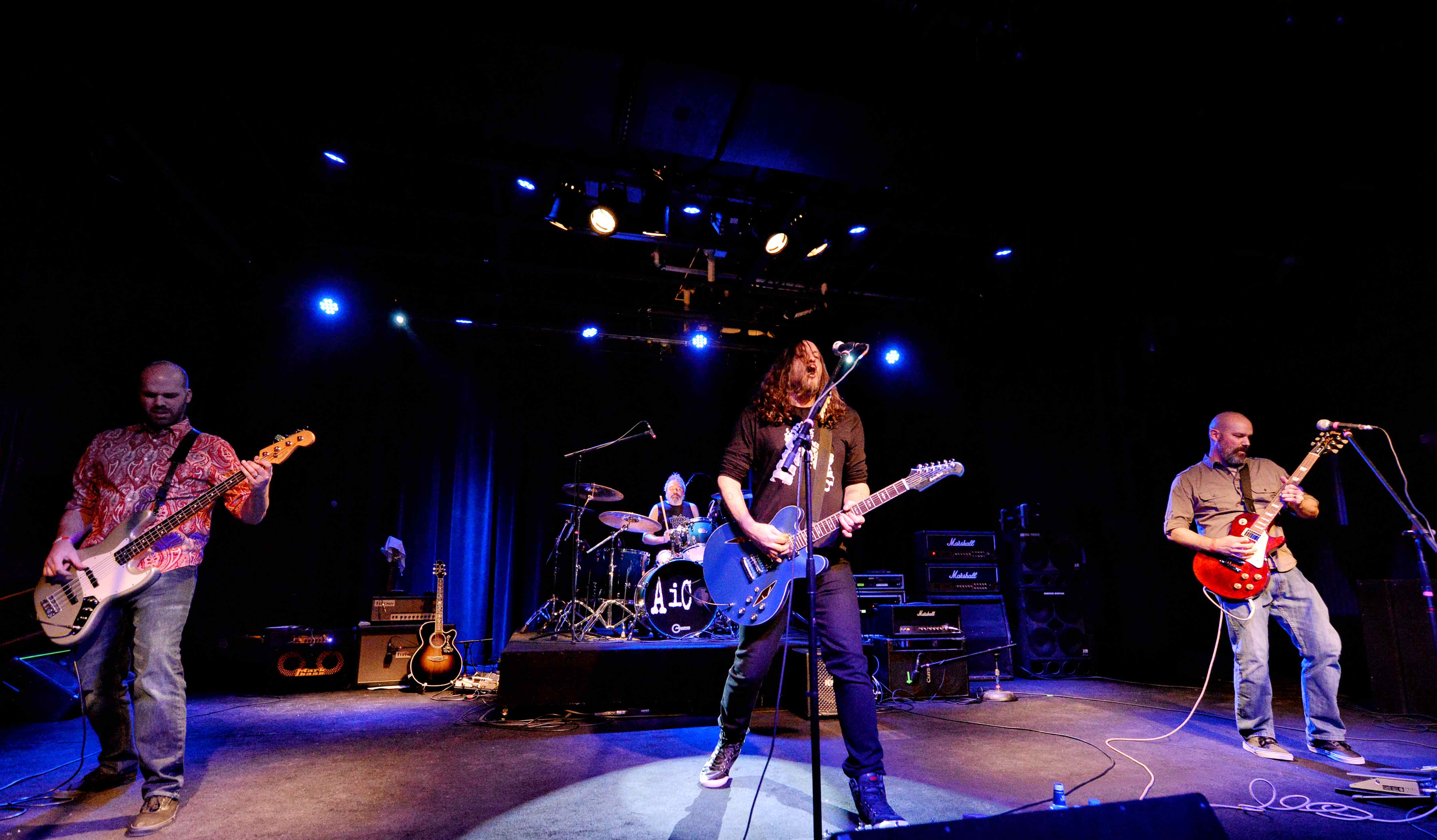 Foo drums are hard, to say the least.  Kevin works his ass off.  There aren’t too many drummers that can pull off Grohl or Taylor’s ability.  Kevin can, and does.  He’ll beat himself up because he missed a fill that Taylor did 5 years ago on some YouTube concert footage that he saw.  He is his/our worst critic – that keeps us honest.  Then there’s bass.  Bass keeps us together.  Adam is a master at mimicking Nate’s bass lines.  So much so that when he misses a note, we all typically think we messed up, not him.  Never him.  Vocals are important to this band.  If I don’t bring the Grohl growl and gravel, then it’s all for not.  We once played a show where The Struts were walking down the street and came into the bar because they heard my Grohl like growl.

The energy, gotta have the energy of Foo.  Deja Foo practices moving like Foo Fighters, watches videos of live shows to see what the body language is, what they’re saying, how they interact.  So, when you come to a show…it’s just like a Foo show.

Last is image.  Kevin has EVH shorts.  Brett wears specific long-sleeved shirts, in August.  I  had my hair cut because Dave got a haircut.  I’ve the necklace, wrist band, the black on black shirt and jeans and the red vans, and  the red/black flannel.  I had a guitar custom made to replicate Grohl’s Pelham blue Gibson (I can’t afford an $8K Gibson!).  We understand a big part of what we do is image and that without it we’re not a tribute band, we’re just some band that does Foo.

We faithfully recreate Foo songs both studio and live jams.  Learning what they say to the crowd, how they move, how they interact with each other.  We buy clothes that are like their clothes.  Equipment that is like their equipment.  We work our asses off to bring you the second-best Foo Fighters show you’ll ever see.